Shah Rukh Khans Pathaan sets best opening ever for a bollywood film with a huge number of advance booking in the three national chains. 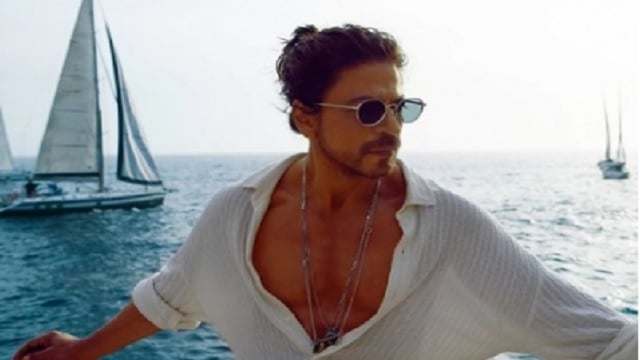 Pathaan has exceeded the previous record holder, War, which had sold 4.10 lakh tickets in the aforementioned multiplexes.

With a day more remaining for its release, Pathaan will be targeting to sell around 5.25 to 5.50 lakh tickets in the three national chains, setting a record that would stand tall for a long time.

It’s interesting to note that by tomorrow, KGF’s overall advance booking in the Hindi markets will be led by the YRF film. KGF 2 (Hindi Dubbed) had sold 5.15 lakh tickets at national chains, for those who were unaware. After Bahubali 2, which leads the list with 6.50 lakh tickets sold, Pathaan will have the second-highest Hindi-language ticket sales of all time.

On day one, the film’s ticket sales exceeded Rs 23 crore, and on day two, they exceeded Rs 13.3 crore. The Other Days ticket went for Rs 13.9 crore, with over Rs 50 crore in pre-sales. The fim will release over 100 nations.

According to estimates made by industry insiders, the movie would probably make between Rs 35 and Rs 40 crore on its opening day.

Pathaan appears to be popular with viewers all across the world, not just in India. Pathaan has already made 150.000 euros in Germany, according to a recent estimate, even before the film’s premiere.

Directed by Siddharth Anand, the film is set to hit theatres on January 25. Besides Shah Rukh Khan and Deepika Padukone, the film features a star-studded cast, including John Abraham, Dimple Kapadia, and Ashutosh Rana.