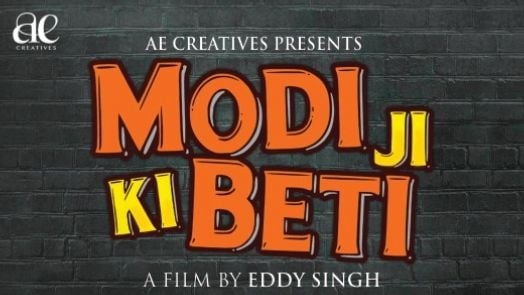 Panaji, Nov: A film titled “Modi Ji Ki Beti” is under production. Although the subject of the film is under wraps, it is said to be a comedy-action film.

The film marks the directorial debut of ad-filmmaker Eddy Singh, and its title caught the attention of many at the ongoing Film Bazaar in Goa.

Singh had fun and motivational chat with Union Minister for Information and Broadcasting Prakash Javadekar at the Film Bazaar venue. “It was a pleasure meeting him and some great industry people whom I have admired and I look forward to working with,” said the director.

“It’s my pleasure to introduce our film ‘Modi Ji Ki Beti’, a comedy action film. A promising film which serves entertainment as well as a social message too,” he added.

The cast and other details about the movie are yet to be revealed.

Twinkle’s Insta pic of Mumbai auto gets over 50K likes