Megastar Rajinikanth gives ’83’ a thumps up, calls it ‘magnificent’ 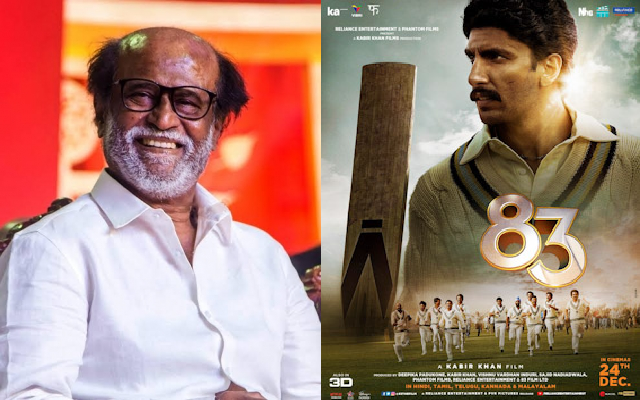 Chennai: Megastar Rajinikanth is the latest to join the list of people who have lavished praise on the recently released cricket epic ’83’, which showcases the journey of India’s triumph at the 1983 World Cup.

Rajinikanth, who took to Twitter to share his opinion about the film, said, “#83TheMovie wow what a movie… magnificent!!! Many congratulations to the producers.”

This apart, Rajinikanth also congratulated the entire cast and crew of the film. The movie is receiving positive feedback from both fans and critics.

Yet another Omicron positive detected in Odisha, Tally rises to 9