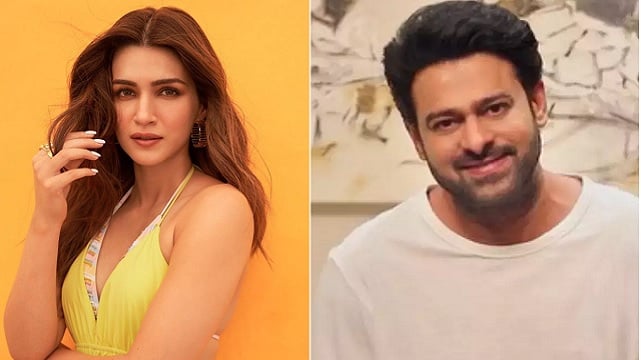 Bollywood actor Kriti Sanon and Tollywood superstar Prabhas has been wrapped under dating rumours. This happened after the actress’s ‘Bhediya’ co star Varun Dhawan hinted towards the duo’s courtship on a dance reality show. Speculations are that the couple would get engaged after Adipurush’s release. However, the Heropanti actress doesn’t seem to be amused by the reports as she took to her Instagram stories on Wednesday to dismiss the rumours about her relationship.

In her statement she wrote that Varun went a little overboard with his fun banter on the show and called the dating rumours ‘absolutely baseless.’

Recently, on Jhalak Dikhhla Jaa, while speaking to Karan Johar, Varun Dhawan hinted that Kriti Sanon is dating Prabhas. This piece of information went crazy viral on social media and many portals started speculating the actors wedding date. However, the actress has decided to put a full stop to the rumours.

Kriti took to her Instagram stories and wrote, “It’s neither pyaar, nor PR…our Bhediya just went a little too wild on a reality show. And his fun banter lead to some Howl-arious rumours. Before some portal announces my wedding date – let me burst your bubble. The rumours are ABSOLUTELY baseless,” with a Fake News sticker. 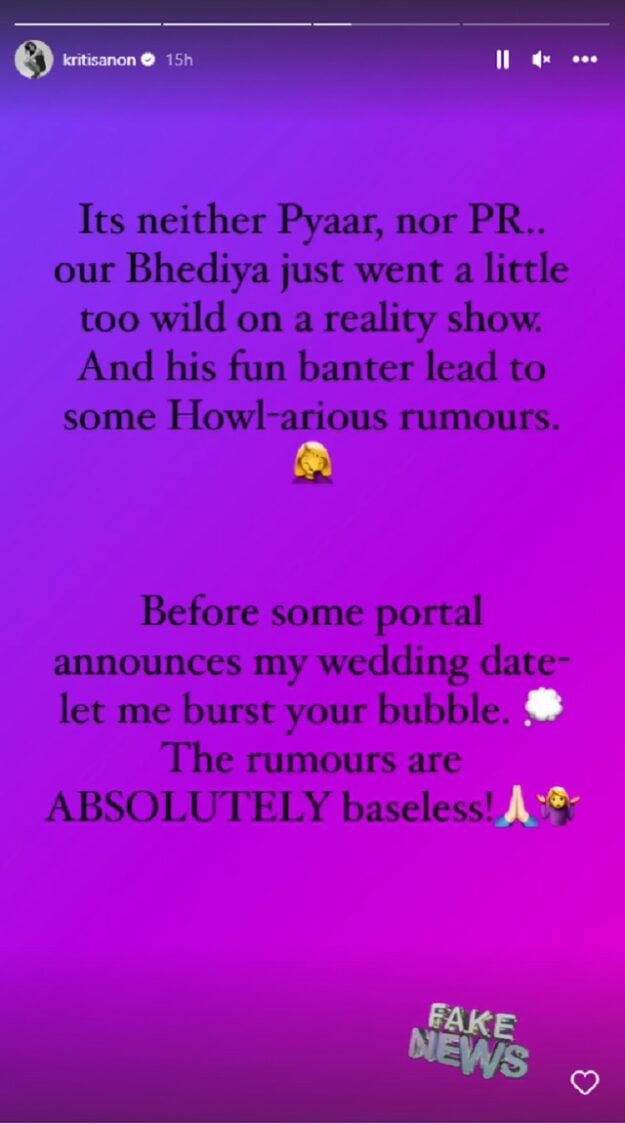 Kriti and Prabhas will soon be seen in director Om Raut’s Adipurush. The film’s shooting has wrapped up and is currently in the post-production phase.