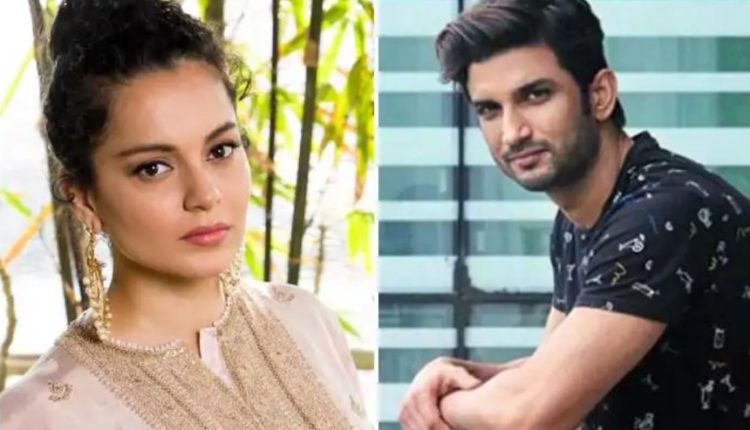 Mumbai: On the birth anniversary of Sushant Singh Rajput, actress Kangana Ranaut said she regrets not being there to protect him from the toxicity of Bollywood, and took digs at Karan Johar, Mahesh Bhatt and Aditya Chopra.

In a series of tweets, she also slammed many for belittling his mental health, and called Mahesh Bhatt’s daughter Shaheen as the official brand ambassador of depression.

“Dear Sushant, movie mafia banned you, bullied you and harassed you, many times on social media you aksed (asked) for help and I regret not being there for you. I wish I didn’t assume you are strong enough to handle mafia torture on your own. I wish …Happy Birthday dear one #SushantDay,” she tweeted on Thursday.

She continued: “Never forget Sushant spoke about YashRaj films banning him, He also spoke about Karan Johar showing him big dreams and dumping his film on streaming, then crying to the whole world that Sushant is a flop actor. Never forget all Mahesh Bhatt children are depressed yet he told Sushant that he will die Parveen Babi death, he self admittedly gave him therapy. These people collectively killed him and Sushant himself wrote that in his social media interaction before his death. Never forgive never forget #SushantSinghRajput #SushantDay.”

The actress urged his fans to celebrate his birthday by celebrating life.

“Above everything celebrate Sushant day as a celebration of life, don’t let anyone tell you that you arnt good enough, don’t trust anyone more than yourself, leave people who tell you drugs are the solution and suck you dry financially and emotionally, celebrate #SushantDay,” she said.

In another post, Kangana also listed the events that led to his death.

“I have said enough about this but still it isn’t enough. Chronology of Sushant murder,” she began.
The actress then wrote:
“1) Fall out with Aaditya Chopra because self made Sushant refused to be bound by their evil capitalists contracts. Chopra promised to destroy him.
2) KJO and Chopra bound by Nepotism love decided to take the matter in his hands, after blockbuster Dhoni KJO promised SSR a franchise but instead dumped him. SSR said he was heartbroken about it.
3) Mafia PR started to circulate obnoxious maligning campaign against him calling him a rapist and drug addict.
4) Just then Mahesh Bhatt entred (entered) his life and started to psyche him that he is bound to go Parveen Babi way because he was depressed, Bhatt saab if all depressed people go Babi way then your daughter Shaheen should also go that way she is official brand ambassador of depression.”

Sushant was found hanging in his flat in Mumbai last year. His death shocked the industry as well as fans, making way for several controversies and theories. His death is still being investigated.