Mumbai: Bollywood Actress Kangana Ranaut’s Twitter account has been suspended by the micro-blogging site after she posted series of controversial tweets.

This comes after her series of Tweet on Bengal violence. 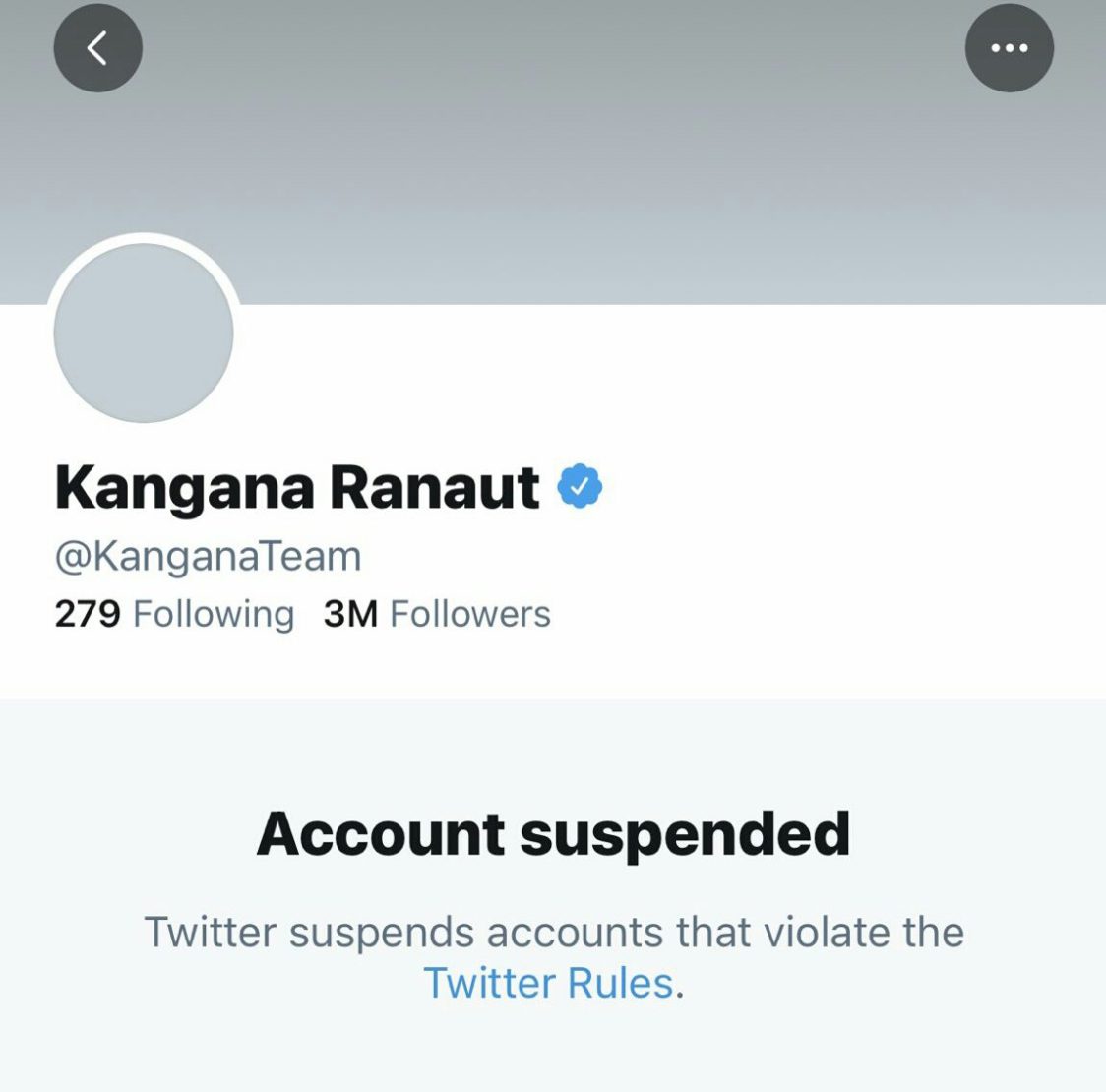 Kangana on her recent tweet demanded president rule in West Bengal after Mamta Banerjee-led TMC won the recent election in the state. 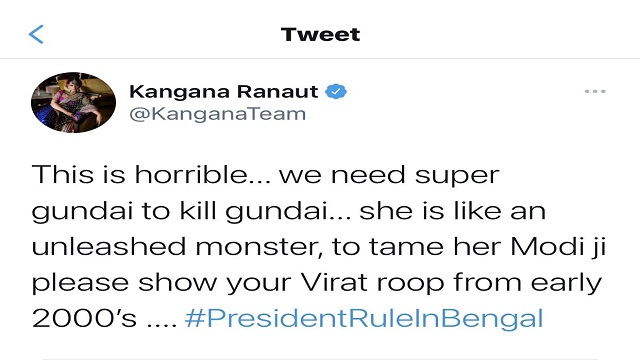 Preity Zinta To Make Her Bollywood Comeback With ‘Bhaiaji…

She also compared the politician to a monster. She said that no violence was reported from Assam and Puducherry where BJP won, but ‘hundreds of murders and Bengal is burning’ after TMC won in Bengal.

Responding to Twitter suspending her account, Kangana posted a video on Instagram and termed the move “death of democracy” with hashtags ‘Bengal Burning’ and ‘Bengal Violence’.

Kangana Said “Twitter has only proved my point they are Americans and by birth a white person feels entitled to enslave a brown person, they want to tell you what to think, speak or do.”

she added: “Fortunately, I have many platforms I can use to raise my voice including my own art in the form of cinema but my heart goes out to the people of this nation who have been tortured, enslaved and censored for thousands of years and still there is no end to the suffering.”