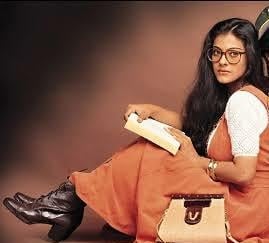 The film completed 26 years on Tuesday, and Kajol shared a quirky boomerang video on Instagram, ushering a wave of nostalgia.

In the video, Kajol is seen winking her left eye to the beats of the film’s superhit song, “Yeh kaali kaali aankhein”.

“Baazigar” was the first of many blockbusters that SRK and Kajol would see at the box-office over the years to come, and the film also marked Shilpa’s Bollywood debut.

The film is broadly based on a 1991 British thriller titled “A Kiss Before Dying”.

“Baazigar” chronicled the story of a young man, played by Shah Rukh, who takes an unusual route to unleash vendetta on a tycoon (Dalip Tahil), who had destroyed his parents.