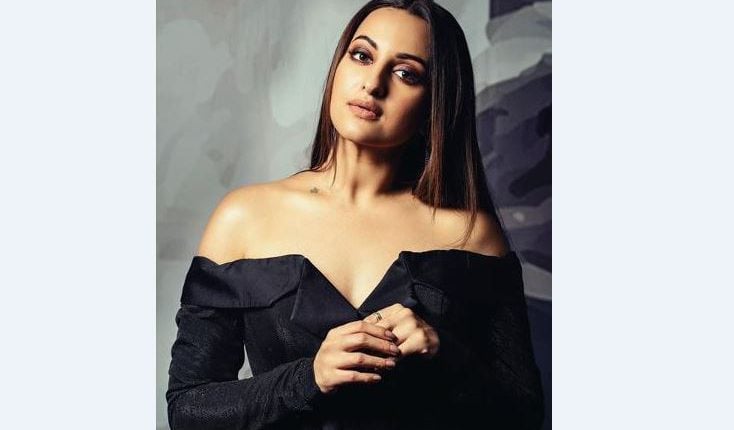 Mumbai : Actress Sonakshi Sinha is unfazed by the rash comments of trolls that started after her appearance on “Kaun Banega Crorepati” (KBC). She claims she is enjoying the memes on her.

Sonakshi also tweeted a photo of her relaxing and captioned it: “Should’ve been under the Maldivian sun, but we got some rain instead! No problem because @JumeirahJV makes the waiting inside worth it too!! Love being back in my favourite place in the whole wide world!!! #jumeirahvittaveli #everythingcloser.”

Trolls started hounding Sonakshi soon after she was seen struggling to answer a basic question on the “Ramayan” in a special episode of KBC, and #YoSonakshiSoDumb started trending, as reported by IANS earlier.

On the show, Sonakshi is seen on the hotseat with Rajasthani artisan Ruma Devi, facing show host Amitabh Bachchan. He asks: “According to Ramayana, Hanuman fetched the Sanjeevani herb for whom?” Sonakshi is visibly confused and uses a lifeline. Soon, the trolling started.

One Twitter user wrote: “#YoSonakshiSoDumb She did the justice with her movie title Kalank.”

Another wrote: “Don’t judge book by its cover. Still shocked even my non hindu friends could tell the answer #YoSonakshiSoDumb.”

“For those who don’t have the background of this trend. Sonakshi Sinha took helpline for this question but the Mother of Irony is that her Father name is Shatrughan Sinha, Brother names Luv & Kush and she lives in Bungalow called Ramayana. #YoSonakshiSoDumb,” wrote another Twitter user.

One called her “dumbest ever actress”, another named her “Booty without brain”.

Another wrote: “Just look at this #sonakshisinha said in the first place its sita and then she said Ram. And Lakshmann ji be like #YoSonakshiSoDumb”.

Some even compared her to Alia Bhatt, who got labelled as a dumb actress after her appearance on a chat show.

“Who is most dumb female actress in Bollywood? Me: Alia Bhatt. Amit Ji: #YoSonakshiSoDumb.”