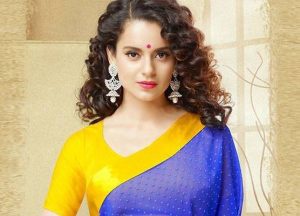 Bollywood diva Kangana Ranaut yet again stirred a huge debate on nepotism in Bollywood after her appearance on Koffee With Karan 5 where she viciously accused Karan Johar of practicing it, and called him the ‘flag bearer of nepotism’ and the ‘movie mafia’ intolerant to outsiders’.

However, Kuch Kuch Hota Hai Director hit back at her and then again Kangana responded back. The debate on nepotism has now sparked off on social media across the country from different sections of respondents.

Meanwhile, the Rangoon actor said that she doesn’t consider herself an outsider. “

“I don’t consider myself an outsider. Whoever comes from an unconventional background, they should work towards it and not say, ‘Oh we have been lucky enough that we didn’t face any discrimination or we are the chosen one’; the industry has accepted us with open arms”, said Kangna in her statement.