I Cried 10 Times A Day, Had Chest Pain That Wouldn’t Go: Parineeti Chopra On Battling Depression 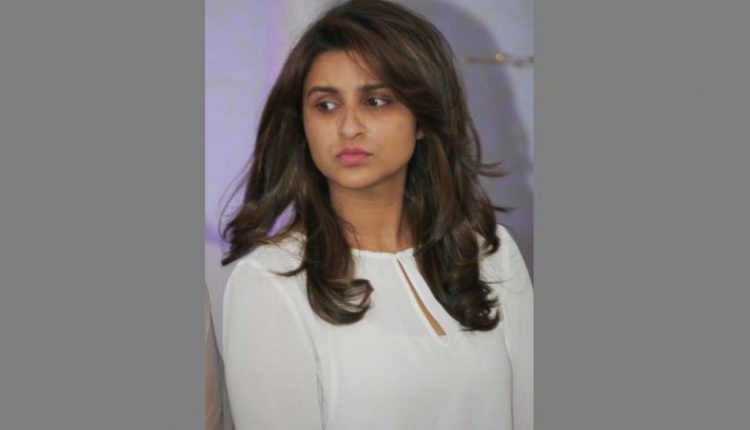 Mumbai: Parineeti Chopra is in a happy space right now. Her film ‘Jabariya Jodi’ is up for release and the bubbly actress is looking forward to her upcoming line-up of projects which include the Sania Nehwal biopic and ‘The Girl On The Train’ Hindi remake.

However, things weren’t this rosy for Pari a couple of years back when she had slipped into a terrible phase of depression.

“The end of 2014 and all of 2015 – that one and a half year was truly the worst time in my life. Two of my films, Daawat-e-Ishq and Kill Dil, did not work. That was my first setback. Suddenly, I did not have money. I had made a lot of money by then, but I had bought a house and I had made some big investments. Then I went through a big heartbreak in my life. Literally, all the departments in my life were down. Nothing positive to look forward to,” she said.

“I went into a shell. I stopped eating, I stopped sleeping well. I did not have any friends at that time. I never used to meet people. The people I was in touch with, I cut off from everyone, including my family. I would talk to them once in two weeks. I was finished. I just used to be in my room, watching TV, sleeping, staring all day… I was a zombie. I was like that typical filmy depressed girl,” she added.

Parineeti reveals she found a strong support system in her brother Sahaj as well as her best friend and stylist Sanjana Batra. But, every day was a constant struggle for her. “I would cry maybe 10 times a day. I was always upset and crying. I had this chest pain that would not go out of my body. I have never felt depression, actual clinical depression. It happened to me in that year,” she said.

However, things started looking up at the beginning of 2016, which marked another turning point in her life and career.

“I started working on myself.  I became fitter, signed Golmaal Again and Meri Pyaari Bindu. I moved into a new house. I just took life into my own hands because I thought if I go into this pit, I will never come out again,” she said, adding, “My personal life became better. I started meeting friends again. I had to call up a lot of people and apologise for being out of touch.”

Looking back, the ‘Ishaqzaade’ actor feels she has learnt some of the biggest lessons of her life in that phase, which has only made her stronger. “Today, if any kind of failure hits me, I am definitely prepared to handle it. Honestly, I thank God every day that this did not happen to me later. I am so glad it happened at 25 because that jhatka early can really fix you for life,” she said.

President, PM and other leaders pay tribute to Sushma Swaraj