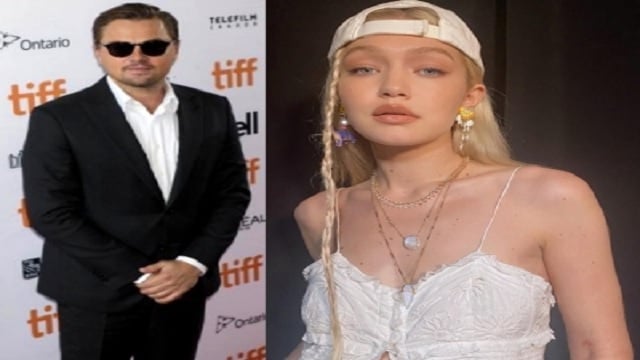 Amid rumours of them being an item, the alleged couple was spotted hanging out together at the star-studded bash, reports aceshowbiz.com.

Page Six reported on Monday, October 31 that Leonardo and Gigi were seen together at CircoLoco’s massive Halloween party at the Brooklyn Navy Yard. According to eyewitnesses, the “Titanic” star and the model, along with her sister Bella Hadid, model Irina Shayk and art dealer Helly Nahmad arrived aboard the party bus.

“Leo wore a (scary) mask most of the night unless he was drinking,” one of the sources told the outlet.

The source added that the ‘Don’t Look Up’ actor’s mask was “half monster, half zombie”. It’s also said that “the group got bottle service”.

Stella Maxwell and Yankees star Giancarlo Stanton also attended the party, which was one of Rob Toma’s Teksupport events. Also, there was ‘House of the Dragon’ star Matt Smith, who was reportedly dressed as a vampire.

Leonardo was pictured with Gigi for the first time, since news of their reported romance broke, in September. The pairing appeared to be the first time the Oscar winner has ever dated a woman older than 25, and Gigi would also be the first woman ‘The Revenant’ actor has dated who is a mother.

Then in October, Leonardo reportedly joined Gigi for her modelling jobs, at Milan Fashion Week and Paris Fashion Week. The rumoured couple was even spotted at the same hotel, the luxurious Le Royal Monceau Hotel in Paris.

A source told Heat magazine, “Bella thinks that Gigi’s too good for Leo, and the way he leapt to Gigi seemingly without a thought for his previous girlfriend gives Bella the shivers. Her worry is that Gigi could wind up hurt and embarrassed.”

While Bella appeared to have negative reaction, Gigi’s mom and dad both have positive feedback. Reacting to the dating rumors, Yolanda Hadid is reportedly “over the moon”.

A source told ‘In Touch Weekly’ last week, “Yolanda is over the moon that her daughter has moved on. She has not and will not forgive (Zayn Malik) for getting into an altercation with her.”

In the meantime, Gigi’s father Mohamed Hadid told Daily Mail in September, “I met Mr. DiCaprio in St. Tropez four or five years ago and he is a very nice man.” The 73-year-old then simply said, “I liked him.”

Airtel Black most affordable plan: Get Broadband and DTH Services under Rs 700