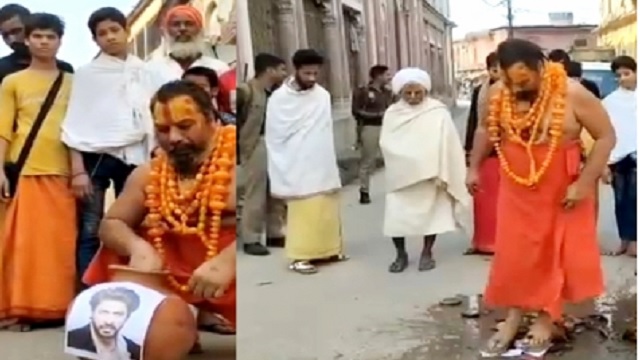 He said that the ‘tehraveen’ would mark the end of ‘jihad’ which was being propagated by the actor through his films.

Last week, the seer had burnt posters of Shah Rukh Khan and had warned that if he met him, he would burn the actor alive.

On Monday, the seer sat with an earthen pot, surrounded by a handful of supporters and crashed it on the ground after reciting some mantras.

“I appeal to people to set those theatres on fire where ‘Pathan’ will be screened. Bollywood and Hollywood constantly try to find ways to make fun of Sanatan Dharma and insult Hindu gods and goddesses. In the Pathan movie, Deepika Padukone wore a bikini which hurt the religious sentiments of saints and of the entire country. Shahrukh Khan constantly makes fun of Sanatan Dharma. What was the need to wear a saffron bikini and perform such steps in the song?” he asked.

China is staging one of its biggest military incursion, says Taiwan