Arti Singh becomes victim of Govinda-Krushna Abhishek fallout, but why! 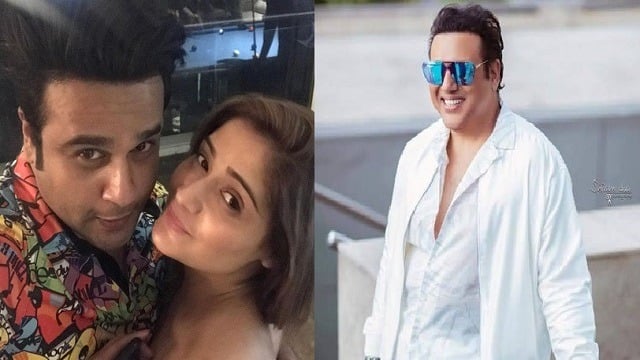 Comedian Krushna Abhishek and actor Govinda are often on the news regarding the turbulence in their relationship. Although the matter is not new, it again caught fire when Krushna refused to share stage with maternal uncle Govinda and his family on TKSS.

The conflict in the family began three years ago, after Kashmera Shah made a remark on Twitter that quoted, ‘people who dance for money.’ It is believed that her tweet was not appreciated by Sunita who interpreted it as an offensive dig at her and Govinda. Albeit, Kashmera’s later clarification that the statement was meant for Krushna’s sister Arti Singh, aunt Sunita did not change her mind.

In the midst of it, TV actress and Krushna’s sister Arti Singh, recently shared that she also had to face the consequences of their ongoing fued due to which Govinda and his family aren’t talking to her either.

FIR lodged against Bharti Singh for hurting sentiments of…

Arti told The Indian Express, “There’s a saying that gehun ke sath ghoon bhi pees jata hai (when bulls fight, grass gets trampled). Whatever issue that happened between them, I too have to face the consequence. Chi chi mama and his family doesn’t speak to me anymore,”

When asked if Arti has tried to resolve the matter between the two families, the actress said that she has talked about it to Krushna and it is upon Govinda to forgive him. “Both parties have said somethings to each other. However, at the end of the day, we are family. I can only hope that the animosity is resolved soon and we can get back to the good times. I did speak to Krushna about it, and now it’s on mama to forgive him,” she said.

However, Govinda’s wife Sunita recently said in an interview that she doesn’t want to see Krushna’s face ever in life.