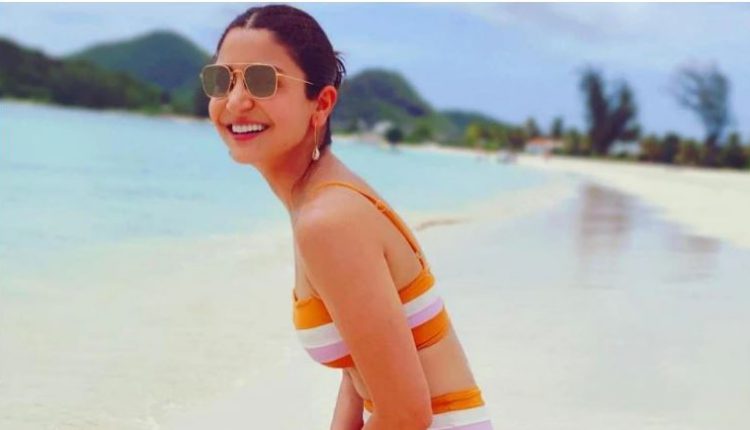 Bollywood actress Anushka Sharma has recently posted a hot photo of her on her Instagram account. In the pic she is pulling her hair back into a bun. She is looking beautiful with drop earrings in this sun-kissed picture.

Anushka has taken off to Miami to chill with Virat Kohli. Anushka Sharma, who is on a short break from work, is living it up with husband Virat Kohli.

The 31-year-old actress, who is accompanying Virat on his West Indies tour, shared a sun-kissed picture of herself in a bikini on Instagram.

Sharing the happy picture from a beach in Antigua, Anushka wrote, “Sun kissed and blessed.”

And husband Virat Kohli was among the first ones to comment on the breathtaking photo. The cricketer responded to Anushka’s photo with a heart and lovestruck emoji.

On the work front, Anushka was last seen in ‘Zero’ alongside Shah Rukh Khan. Since then, the actress has not signed any new project. Although the film failed to cast a spell, fans lauded Anushka for her performance in the film.

Fans have constantly been speculating Anushka’s pregnancy post her wedding.