After Busan and IFFI, ‘The Storyteller’ heads to IFFK 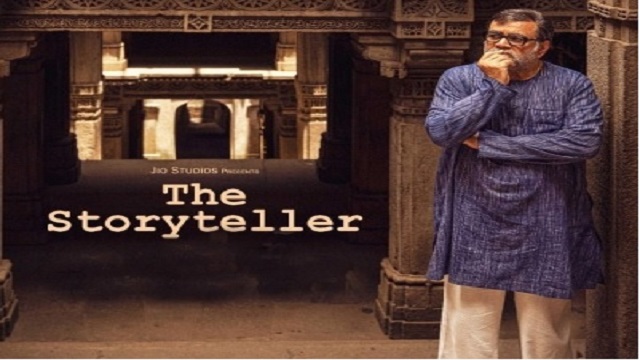 The film getting selected at three big festivals in such a short duration brings pride to the lead actor and protagonist of the film, Paresh Rawal said: “These are moments of real pride and satisfaction.”

Based on a short story by the legendary filmmaker Satyajit Ray, ‘The Storyteller’ follows the tale of a wealthy businessman who hires a storyteller to help get over his insomnia; turning more intriguing as twists are added to it.

Sharing his excitement on the occasion of the film’s selection, director Ananth Mahadevan said: “Selection of ‘The Storyteller’ at these reputed festivals couldn’t have come at a more opportune time, following Satyajit Ray’s centenary year. We were humbled by the love and appreciation it received at its world premiere in Busan and now it is indeed gratifying to follow that up with a double festival selection at Indiaa�s most reputed festivals, IFFI and IFFK.”

Making the film was a challenge for him because it would be tested on the gold standard set by the master filmmaker himself as Ananth further mentioned: The film, designed as a tribute to Ray was always a challenge as it had to match with the highest global standards set by the master himself. Hence, these selections are very rewarding and a big boost to our team’s efforts in reviving Ray for the world.”

The original Bengali short story ‘Golpo Boliye Tarini Khuro’ is one among the series of stories written by Ray, based on the enigmatic character Tarini Khuro that he created.

‘The Storyteller’ is produced by Jio Studios in association with Purpose Entertainment and Quest Films.