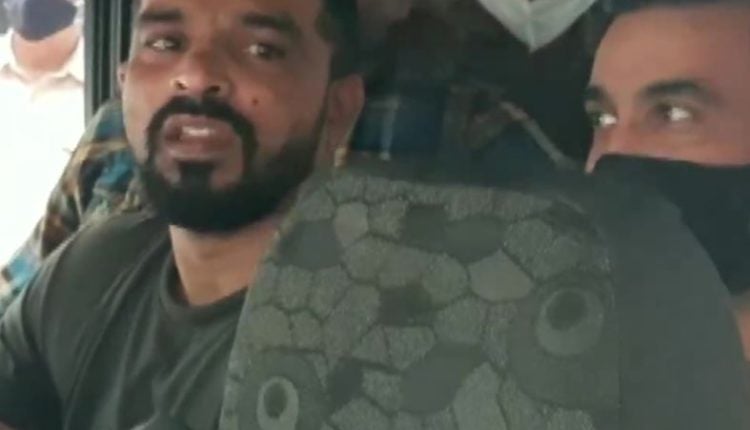 Mumbai: Businessman and husband of Bollywood actor Shilpa Shetty, Raj Kundra and one more person named Ryan Tharp have been sent to police custody till July 23 in connection with the case of creation of pornographic films and publishing them through apps.

The duo was produced before a Mumbai magistrate and have been remanded to police custody.

With this the total number of arrests in the case has shot up to around 12, till date and several more suspects are still on the police radar.

Tharpe is an IT person, said to be closely involved with Kundra and Shetty’s companies which are now being probed for the pornographic racket having possible international ramifications.

Official sources reveal that the investigators have recovered certain incriminating materials, WhatsApp chats and other stuff, while the role of other known and unknown persons in the entire racket is also being investigated.

Kundra, 46, was nabbed late on Monday on alleged charges of making and publishing pornographic content and publishing them through mobile applications.

Police Commissioner Hemant Nagrale himself made the announcement on Kundra’s arrest based on a case registered in February.

Since February, Kundra  a British-Indian businessman was under the scrutiny of the Crime Branch-CID before the police’s dramatic move last night.

The sudden arrest stunned Bollywood which is already reeling under the scanner of various narcotics agencies since the past one year, further soiling the industry’s image.

“A case was registered with the Crime Branch about the creation of pornographic films and publishing them through some apps. We’ve arrested Raj Kundra in this case as he appears to be the key conspirator,” said Nagrale.

“We have sufficient evidence regarding this. Further investigation is in progress,” the police chief added.

Howrah Bridge shimmers in Olympic colours ahead of the games