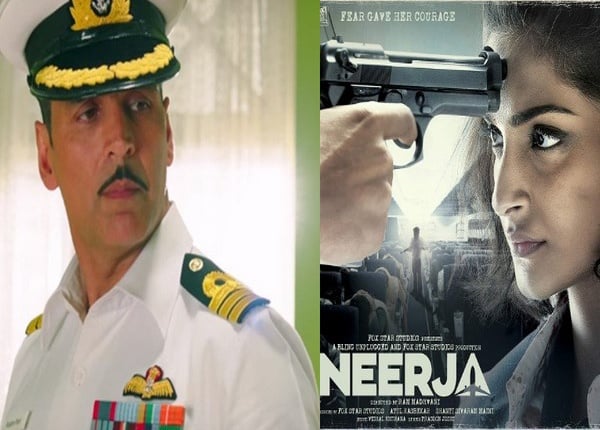 New Delhi, Apr 07: The winners of the 64th Annual National Awards were announced at the National Media Centre here on Friday.

Ram Madhvani’s ‘Neerja’ has been announced the winner in the ‘Hindi Feature Film’ category.

The film, released last year, narrates the story of Neerja Bhanot, a Pan Am purser, who lost her life while saving the passengers when the Pan Am was hijacked at Karachi airport on September 5, 1986.

Sonam Kapoor, ‘Neerja’s lead actor, also gets a special mention by the jury.

Other than this, Akshay Kumar won the National Award in the ‘Best Actor’ category for the movie ‘Rustom,’ while Best Actress went to Surabhi for Malayalam movie ‘Minnaminungu’.

Best Environment Film: The Tiger Who Crossed the Line

Best Environmental Film including Agriculture: The Tiger who crossed the Line

The Eyes of Darkness