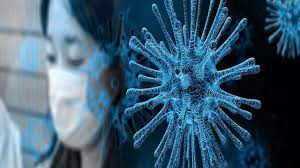 New-Delhi: As the Covid cases are receding in India, two separate studies by the All India Institute of Medical Science (AIIMS) in collaboration with the Institute of Genomics and Integrative Biology (IGIB) and the National Centre for Disease Control (NCDC) have shown that the Delta variant of COVID-19 is infecting people who have received one or two jabs of either Covishield or Covaxin.

The Delta variant, scientifically termed as B.1.617.2 of the COVID-19 infections, refers to the merging of two mutations of a virus strain that go on to form a third, super infectious strain. The B.1.617 variant contains mutations from two separate virus variants, namely E484Q and L452R.

Wearing mask on flights is no longer compulsory, says…

Some experts claim that the delta variant maybe 100 per cent more spreadable than the previously dominant variant, alpha. The Delta Variant was first detected in India last year and now it has now gone global. It has also been listed as a ‘variant of concern’ by the World Health Organization (WHO). This Delta variant is said to be highly infectious and it has been popping up in dozens of countries.

The growing number of Delta variants has become a cause of concern across the globe. And government officials and experts have been taking necessary precautions to burn against the virus infection.

Another, a recent study from the UK indicates that the variant is highly contagious and transmissible. Peeking at the data provided by the UK government, the Delta variant went from accounting for 1% of all cases in early April to 70% by mid-May. It is said to be 40% more infectious than the ‘Alpha’ variant, which was first discovered in Kent, UK.