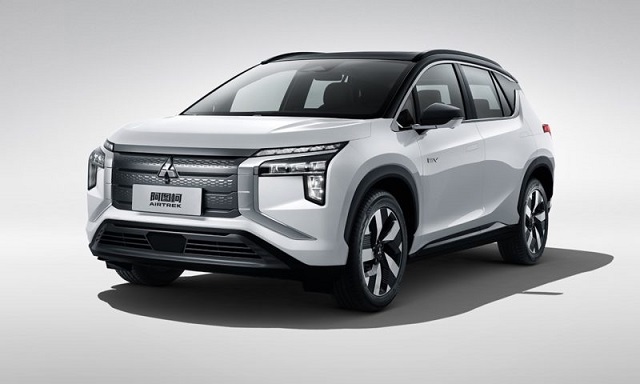 In terms of design the SUV gets an aggressive design and has sharp muscular lines on the sides. There is a presence of heavy chrome at the front of the vehicle. The headlight of the electric SUV gets a split set-up. There are two rows in the single unit. While the top row gets a LED DRL, the second row gets a separate headlamp. The tailamps are T shaped and are LED. The EV logos are visible at the tailgate and front doors.

When it comes to the interior of the vehicle it is minimalistic in design. Most of the control of the car can be handled with a large infotainment system. The hazard button is the only button on the dashboard. The instrument console of the Mitsubishi Airtrek is also minimalistic and is behind the steering.

When it comes to engine, the Mitsubishi Airtrek will be powered by a 69.9 kWh battery pack and generate a power of 135kW or 181 bhp. It is expected that the SUV will be able to provide a range of 520 km on a full charge.

Even though the car is introduced in China, we expect that the vehicle will be available in other markets soon.

Also read: Hyundai Alcazar top-spec version gets an option for 7-…