Check the features of Kia Carens ahead of its launch, Is it worth a wait 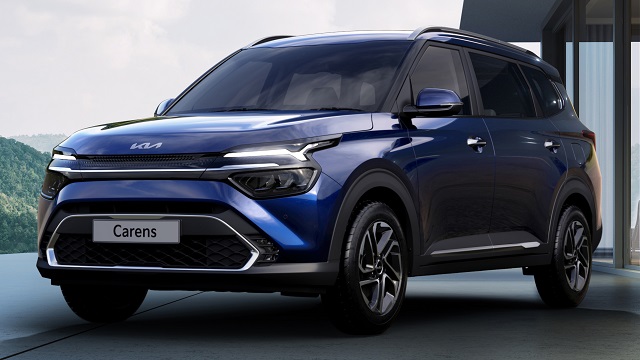 South Korean automobile manufacturer Kia has recently unveiled Kia Carens for the global market. Based on the first impression we can figure it out that the Kia Carens will be a promisable car. This will be the fourth car that will be introduced by the company in India.

Some of the important features that the Kia Carens offers to its customers are mentioned below.

Kia doesn’t categorize the Kia Carens as an SUV or an MPV. It will be rather a blend of SUV and MPV and will have three seats. Buyers will get an option of 6 or 7 seater variants. An ample amount of space is available for the buyers. The presence of one-touch tumble seats enables the second-row seat to make way for the third row.

The design of the Kia Carens seems to be similar to that of Kia Seltos. However, it is significantly longer than the Kia Sletos. The split headlamp is a head-turner while the large wheel arches, liberal touches of chrome, and LED lights, add to the beauty of the car.

Kia Carens gets price hike yet again, now costs up to Rs…

More than 44,000 units of Kia Carens recalled in India due…

In terms of interior, the Kia Carens offers 10.25-inch/ 8.0-inch infotainment screen on the dash. The touch panel that is offered on the vehicle gives a wide range of controls to the users. Some other important features offered are Bose 8-speaker system, multi-function steering wheel with audio controls, etc.

Safety features of the car

When it comes to safety features, the Kia Carens will have 6 Airbags, ABS, ESC, rear parking sensors, TPMS etc as standard options.

It is expected that the Kia Carens will be priced around Rs 20 lakh in India.