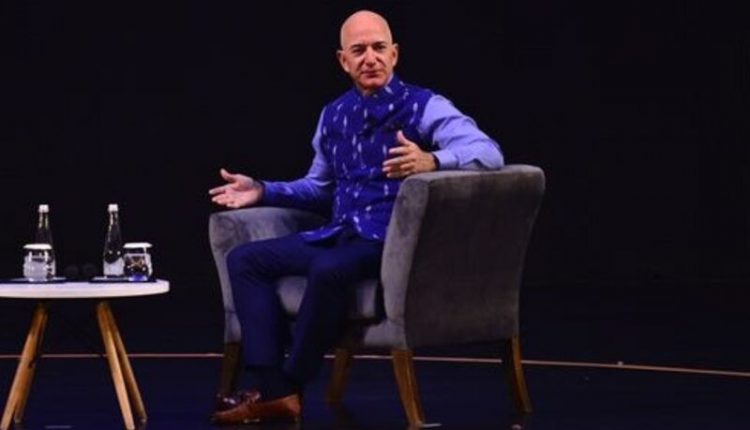 Mumbai: A day after Commerce and Industry Minister Piyush Goyal snubbed him during a public event, Amazon Founder and CEO Jeff Bezos on Friday announced that the ecommerce giant will create 10 lakh new jobs in India by 2025 through continued investments in technology, infrastructure and its logistics network.

The new expected jobs is on top of the 700,000 jobs Amazon has already created in the country since 2013, the company said in a statement.

“We are investing to create a million new jobs here in India over the next five years,” said Bezos.

“We’ve seen huge contributions from our employees, extraordinary creativity from the small businesses we’ve partnered with, and great enthusiasm from the customers who shop with us, and we are excited about what lies ahead,” the Amazon Founder said in a statement.

The announcement came after Prime Minister Narendra Modi gave a cold shoulder to the world’s richest man who has an estimated net worth of $117 billion, by not meeting him.

On Thursday, Goyal not only ticked off Bezos saying that they are not doing India a favour by investing a billion dollars, but also raised concerns if its losses were a result of predatory pricing and if Amazon and Flipkart were gaining entry into multi-brand retail by using loopholes.

More importantly, alluding to the $1 billion investment announced by Bezos in India, Goyal had a different take.

On Wednesday, Bezos announced that the company plans to invest $1 billion to help bring 10 million traders and micro, small, and medium-sized businesses (MSMEs) across India online, enabling US $10 billion in cumulative exports by 2025 and supporting India’s economic diversification.

According to Amazon, the 10 lakh new jobs will be across industries, including information technology, Cloud computing, skill development, content creation, retail, logistics and manufacturing.

“Since 2014, Amazon has grown its employee base more than four times, and last year inaugurated its new campus building in Hyderabad – Amazon’s first fully-owned campus outside the US and the largest building globally in terms of employees (15,000) and space (9.5 acres).

The company said that Amazon’s operations network has created inclusive job opportunities across the country, including hundreds of associates with hearing and speech impairment at its fulfilment centres, sortation stations, and delivery stations.

Amazon also has an all-woman delivery station, along with a pilot internship programme for individuals with autism and intellectual disabilities.

The company said that it has expanded growth opportunities for more than 550,000 traders and micro, small, and medium-sized businesses – including local shops – through initiatives like Saheli, Karigar, and “I Have Space.”