Recently, a bill of Royal Enfield Bullet 350 purchased in 1986 has surfaced on the internet and motorcycle enthusiasts have gone awe over it. 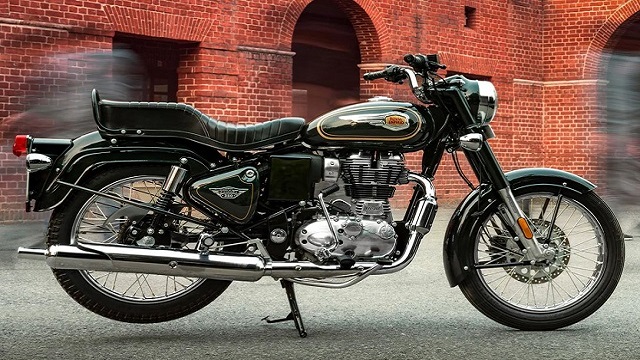 Royal Enfield has been one of the favourite motorcycle brands offered in India and the love for the brand has increased significantly in the last few decades. Recently, a bill of Royal Enfield Bullet 350 purchased in 1986 has surfaced on the internet and motorcycle enthusiasts have gone awe over it. The legendary Bullet 350 has been on the Indian roads for many decades and is still under sale.

According to the bill shared by Instagram user ‘royalenfield_4567k’ the Royal Enfield Bullet 350cc was sold way back in 1986 and it cost just Rs 18,700. The Royal Enfield Bullet 350 currently costs between Rs 1.55- Rs 1.63 lakh (ex-showroom, Delhi). Even though most of the motorcycle has remained the same as the original one, few technologies on the bike have changed.

The bill of the Bullet 350 shows that it was bought from ‘Sandeep Auto Company’ which is an authorized Enfield dealer in Bokaro Steel City. Back then, ‘Royal Enfield’ was known as ‘Enfield’. If we look into the details of the invoice, the On Road price of the motorcycle cost Rs 18,800. However, after the discount, the price of the motorcycle costs Rs 18,700. Unlike current times, the Enfield Bullet 350 was mostly used by Indian Army and Police.

The netizens had different views regarding the price of the motorcycle and we can’t help ourselves from noticing that. “Kya daur tha bachpan ka ye daur jawani h..jawani me hamesha hr mal mahnga milta h,” said an Instagram user. On the other hand, another person said,”
I had bought one in dec 1984 for Rs.15,500/-on road price.”